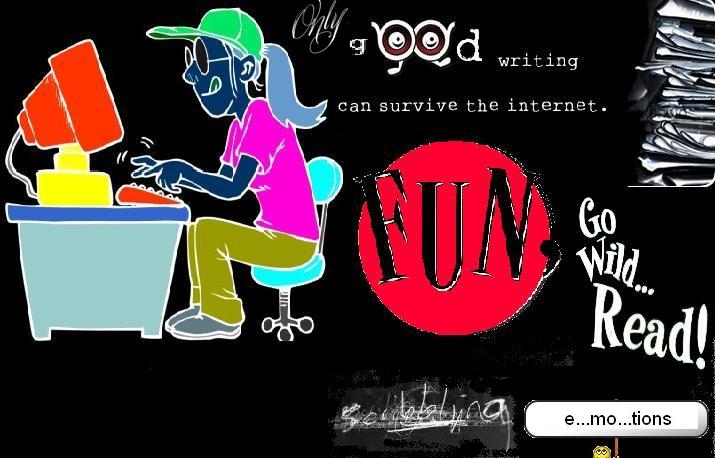 Shh! The Walls Have Something to Say too!

Everything in this house is beautiful, everything! But the walls, they're mysterious!!! The walls seem to hold a story unsaid. When we occupy a house, we start building new stories for the walls to hear, experience and record. Ever wished the walls could speak to us and tell us about the numerous stories? Well, if you have, DONT! The language of the walls is not that pleasant to hear. It's ghostly! Sarah knew it. But she could never get the mystery of the world out of her head. She always wanted to know how would it be on the other side. She pondered over questions which others did not have the time to think or maybe the others just brushed aside such random thoughts that may have erupted in the fast working brain to instead occupy it with ways to pay off the bills and celebrate with bread and ale. But Sarah had all the time in the world to amaze herself with the little secrets of the universe. Always in search for books of that kind, she was an explorer so to say, but not really. It was all playing in her head. She never took any pains to discover the truths of the universe herself. Well, that's all about her to start with. Now, Sarah resided in this new house of hers, once a home to Mrs. Mason...the infamous Mrs. Mason, who committed suicide in there..or so it was believed. A lady, known to have troubles and create trouble in public. She was depressed and all knew it. The local newspapers covered a story on her personal life and Sarah was more and more inclined to her story as if it were her life. Intriguing, thought Sarah. Everything of such nature was interesting to her.

Sarah’s father was a priest and so he never hesitated even once to occupy this house and make it his home. Sarah was never home alone even when her father left for the church, her thoughts always gave her company. Good or bad, I’m not too sure. That’s when this thought occurred to her...what if the walls could tell her the story of Mrs. Mason...After all, such a well-off lady committing suicide was not that easily bought by our Sarah here. If only...she thought with a sigh. She looked at the walls, touching them, striking an emotional connect. She felt sympathy for the walls there, who saw it all but could not scream...who bore the agony of Mrs. Mason and endured it all. Just when she went back to sit on the couch, back to her reading...she saw the wallpaper peel off from one of the sides. The beautiful yellow wallpaper with red flower prints! She wondered if it was already peeled off or was it her imagination that she saw it happening right now. Anyways, there was not much need to pay heed to something so trivial..but wait a sec! It happened again and she heard the slight creaking up of the wallpaper...as if someone were tearing the sheet off the wall. What was this? No, not leakage! Had it been that, there certainly would be some water dripping off. Sarah ignored and tried to relax on the couch with her book. Hardly 5 mins later, she saw the wall and muffled her scream with both her palms clasped onto her mouth. She saw the wallpaper was just peeled enough to make a picture of a face, a crooked face of a female with her hair all loosened up. She could see now, clearly, that the outline resembled that of Mrs. Mason on a noose. The picture in the newspapers was fresh in her mind. Sarah stopped right where she was, glued to the place and wasn't thinking straight and definitely wasn't sure what to do next. 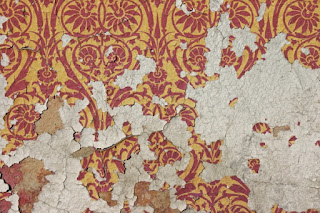 A moment later, Sarah rushed out of the house to call her father, the priest but when she did reach the door to get out...she felt a slight nudge on her skirt. She looked down and saw the woman on the wall...crawling right next to her...making circles and holding her skirt.
...

A passerby heard a shriek. When his eyes followed the sound of the shriek, he saw a beautiful house, just perfect with boxes yet to be unpacked, lying outside and it was calm. Just one shriek..maybe a figment of his imagination, he thought and passed by.

...
The priest was summoned to a home. The Father paid a visit to the house that was supposedly haunted. While on his way, he tried to coax the owner of the house, a hysterical man, Gerald, that everything is going to be alright. No soul that unrests has the power beyond that of the Lord. Saying so, he stepped out of the car to exorcize the house. At one glance, he knew the spirit was powerful. Nevertheless, he seemed prepared or so he thought until he got into the house with the holy water flask in his hands. At the entrance, he heard hysterical laughter...he saw blood on his robes...he felt a strong feeling, a certain heaviness in his heart and tears filled his eyes, without his knowledge, involuntarily as if in reflex to a strong emotion he felt but couldn't name. Just when he sprinkled the first drop of holy water onto the entrance, he heard a scream...” no Father, please don't”!!! He knew at once that this was not a call to Father the Priest but Father the Dad!!!

Posted by EmotiveAdventures - A Writer Inscribing Emotions at 11:44 AM